And That Makes Three As Another Max Blizzard Comes To Be!

Pat has another non-rhyming novel ready to go. I guess I can let it show. For it is the last one in the planned trilogy that he started a while ago. The cat will now show and stop with the flow. 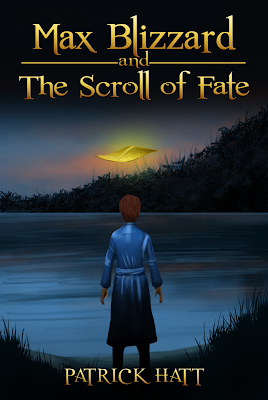 Max Blizzard's life had grown complicated over the years due to his increasing power and the losses he suffered. At the urging of Merlin, King Arthur, and his many friends, Max forced himself to join the festivities marking his accomplishments for another year. But unlike previous years, this time old foes return for vengeance. Now Max and his friends, Lester and Trudesile, must once again wage a war that could lead to the destruction of the realms if they fail.

It soon becomes a race against time as they attempt to collect the pieces of the Scroll of Fate before Adam can retrieve them. With secrets of the past lingering over all of them thanks to God's mistake, they now must face their own past and the many odds stacked against them.

Join in on the conclusion of Max's adventure as friends align and foes return while they travel to the far reaches of the realms. Together they will attempt to keep fate their own and stop plans put in place long ago by a force greater than anything they have ever faced. Journey to Atlantis, Earth, Avalon, and more while Max and all the other heroes attempt to show fate that they control the outcome, no matter the cost.

And there we are. A trilogy done at our sand bar. That is the first one I've finished that has been released. Another is done but releasing hasn't ceased. Then just 3 more in my 12 book series to do and all series' are through. I'm sure more will start. But we'll wait to fill up a new cart. And so another novel has come to pass from my little rhyming ass.